Born in the west part of Norway, Ingerlise Vikne is an autodidact artist that lives and works in Denmark. She uses acryl, pastel, oil and charcoal on linen canvas.
With my paintings I try to express the feeling of withdrawal from the outside to the inside, letting your senses lead the way. I seek and investigate the introverted mind in a positive way, in a joyful quiet journey. The “characters” often have childlike expressions, they don’t pretend; they are authentic. A great inspiration has also been the theory about Phrenology, which claims to see a connection between the human skull and the character of the soul.
My “Characters” have been exhibited in both solo and group shows in Galleries and Art Fairs in, Norway, Denmark, Scotland, Germany and now Spain. Recently, the publisher Jorinde & Joringel chose my characters as cover illustrations on 12 poetry collections.
Written by Art Critic Tom Jørgensen:
“Ingerlise Vikne is dealing with a deeply humanistic art. An art, and some paintings that seek to touch us, engage us and hold a mirror in front of us, so we become capable of dealing with the very problem. The dimensions of the painting, the claustrophobic effect they have, and the tender, almost frightening colours all have an almost physical effect on us. It becomes painful to look at some of the paintings. Something that is only enforced by the familiarity, either from ourselves or from someone close to us, of living in a bubble. As a comment on society, Ingerlise Vikne also deals out a refreshing slap in the face on the armour of self-sufficiency, the mask of inapproachability and the Oratorical effect of the Darwinist manner of being oneself enough, which apparently is the watchword of the decade.
With her paintings Ingerlise Vikne grants the human body the renaissance it needed as an artistic motif. Not in a nostalgic and recurrent manner, but by, with great empathy, questioning relevant subjects of today. “ 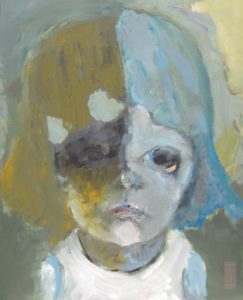 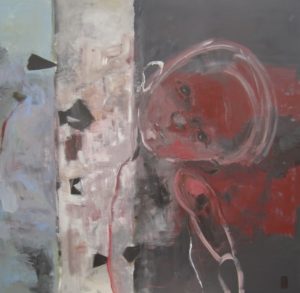 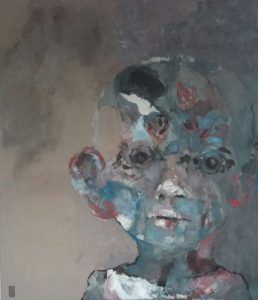