Madeleine Bülow
Born in 1978 in Madgeburg (about 100 Miles east from Berlin) she spend her teenage years with colored pencils and pursued to transfer her countless ideas onto the paper. Around 2001 she developed a strong interest for abstract art and began working with acrylic paint on canvases. 2004 she moved to berlin in order to grow as an artist. From 2004 to 2006 she worked voluntarily for an art project for kids aged from 3-4 years while still being active and creating privately. But during her parenthood her focus shifted towards her two little girls, leaving only little room for her art. In 2012 she felt a strong desire to express herself in a new and challenging way, which is why she startet a project together with her husband Mike called „Mike & Madeleine Bülow“. In which they presented their creations in various exhibitions around Europe, f.e. 2013 in Salzburg 2014 in Berlin and London, 2015 in Berlin and Ibiza and 2016 in Austria, Cannes and Paris.
Mike Bülow
Artist, musician, songwriter, producer, photographer: Born 1974 in Zossen (about half an hour south of Berlin). Mike originally has a strong musical background and was signed by multiple record labels throughout his 20 year career.
He released 4 Albums and 16 singles while being under contract for labels like MfS Records, Flesh, Universal Music, Sony and Warner. He also worked with Marcos Lopez and Bernard Sumner from the British Band „New Order“, (Armani & Masto (The Sound of Sage 2 – taxi4), Masto & Cain (for Dream Dance), Berlin Bitch (for Universal Music)had many acts for the „Loveparade“ in Berlin, performances for the E-Werk, a rather exquisit event location in Berlin and had gigs for the Musikfestival in Cannes. To redevelop his creative output he begann his photographer career and with the project he launched with his wife they began experimenting with colors and unalike elements.Exhibitions around Europe, f.e. 2013 in Salzburg 2014 in Berlin and London, 2015 in Berlin and Ibiza and 2016 in Austria, Cannes and Paris. 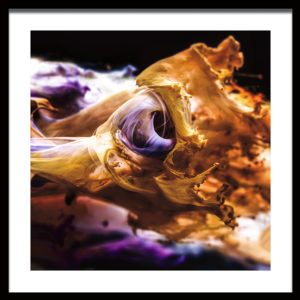