Satdeep Grewal was born in London and has been a practising artist since 2011 working out of a studio near Brick Lane in East London. She is multidisciplinary artist working in paint, sculpture, mixed media and film. Her work examines the paradoxes underpinning gender, particularly the means by which femininity is transformed through the lens of patriarchy and the gendered binaries between the organic and the manmade through her abstract paintings. She has held two solo exhibitions and exhibited in several group exhibitions and fairs across England in the past three years. Her work has been reviewed in Fine Art London and Informed London and recently featured in an international project by the University of Edinburgh exploring the concept of ‘dangerous women’. She was longlisted in the National Portrait Competition in 2016. 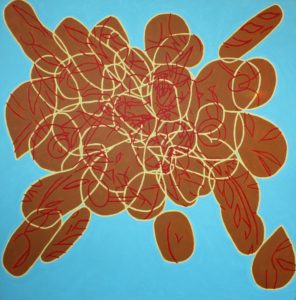 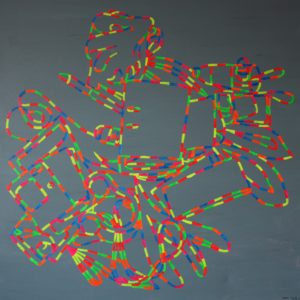